Words from the Wise: Do These Things Before Launching A Kickstarter Campaign

By Siena Oristaglio on February 7th, 2018

We know running a crowdfunding campaign for your art can be intimidating. That's why we reached out to three Kickstarter crowdfunding veterans to seek their words of wisdom about the process.

Artist Lois van Baarle raised £383,404 to fund an art book, The Sketchbook of Loish, with the help of nearly 10,000 backers. Caroline Hirt and Christian Etter raised over $100k to fund The Museum of Digital Art, Europe's first physical and virtual museum dedicated to digital arts, with the help of 567 backers. Lastly, Joel Daniel Phillips raised $55,448 to fund limited edition screen prints and collectibles designed by himself, created for Pierce Brown's "Red Rising" trilogy, with the help of 973 backers.

We asked each of these artists a single question: What advice can you give to an artist who plans to run a crowdfunding campaign? Read on for their answers below! 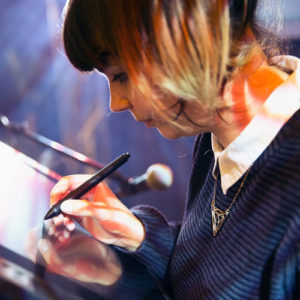 "Together with my publisher, I've launched two Kickstarter campaigns, each for an art book featuring my work. My main advice to an artist who plans a Kickstarter campaign is to keep a close eye on your prizes and stretch goals. Artists love to give extra goodies and incentives to back the project. For example, in my Kickstarter campaigns, my publisher and I offered signed copies, stickers, bookmarks, card sets, tutorials, feedback sessions, and commissions as special prizes. It seems like such a fun idea and it generates a lot of enthusiasm for the campaign. However, after my first campaign, I learned that the choice to offer commissions and one-on-one feedback sessions as backer prizes was not a great one. It ended up taking up so much of my time, which was already being gobbled up by signing book copies and other tasks related to the campaign. By the time we launched our second campaign, we limited the amount of signed copies and picked stretch goals and prizes that were less time consuming to create. This way, I had more time to focus on the product we were trying to create — the art book! It's important not to let the main goal become buried by other responsibilities. So, in short, try to be as time-efficient as possible and don't underestimate how much extra time goes into fulfilling your project!" "There is nothing more public than a crowdfunding campaign. It can be intimidating and undoubtedly a lot of work. Therefore make sure to use this tool for a project you can stand 100% behind and also has a certain dimension (if you need a small amount to fund your project it might be more efficient to finance it through a side job). Communicate honestly, close to the nature of the project, as well as yours. This way you can't lose, even if you lose. And if you win, you win for the right reasons. For us it was an uplifting and thrilling experience and we still can't believe that the Museum of Digital Art is celebrating its second birthday soon!"

"One of the biggest repercussions I didn't think about regarding crowdfunding was around taxes and timing. The way that Kickstarter works from a tax standpoint is that every penny you raise is taxable, and Kickstarter will issue a 1099 for the entire amount raised at the end of the year. This gets really complicated if you are producing a product and only a small part of the money that comes in is actually going to be profit (and the rest will be deductible production expenses, such as printing and shipping, etc). It is complicated because if you received your funding in say, December, you would be liable to pay taxes on the entire amount minus your deductible expenses come April, and if you had not started production yet, you wouldn't legally be able to claim any expenses and you would end up being taxed on money that was supposed to be deductible — funds that you needed to actually produce your products. Long story short, aim to launch a campaign in the first half of the year so you have time to receive your funding and get things sorted long before tax season." 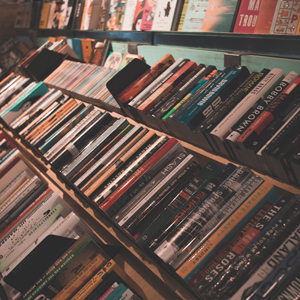 If you liked this article, jump on our mailing list here and get immediate and FREE access to our artist resource library, Fundamentals of Crowdfunding for Artists online course, discounts from our awesome partners, artist interviews, and weekly DIY arts business tips.

Enter your email to join our community and access our free digital resource library for artists!